Russian poker is an interesting thrilling game. Players have several decisions to make during every hand which keeps them involved through to the hand result. 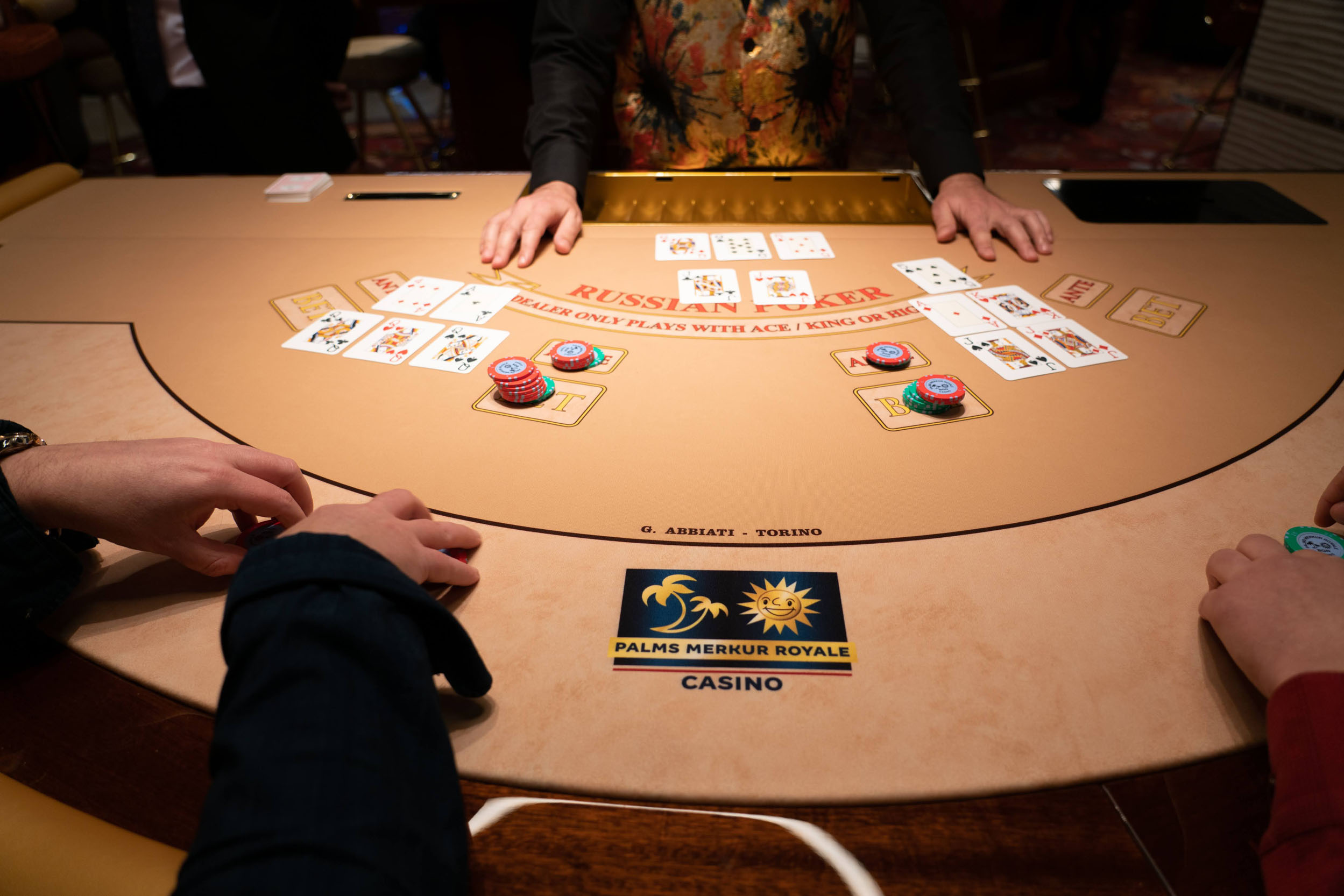 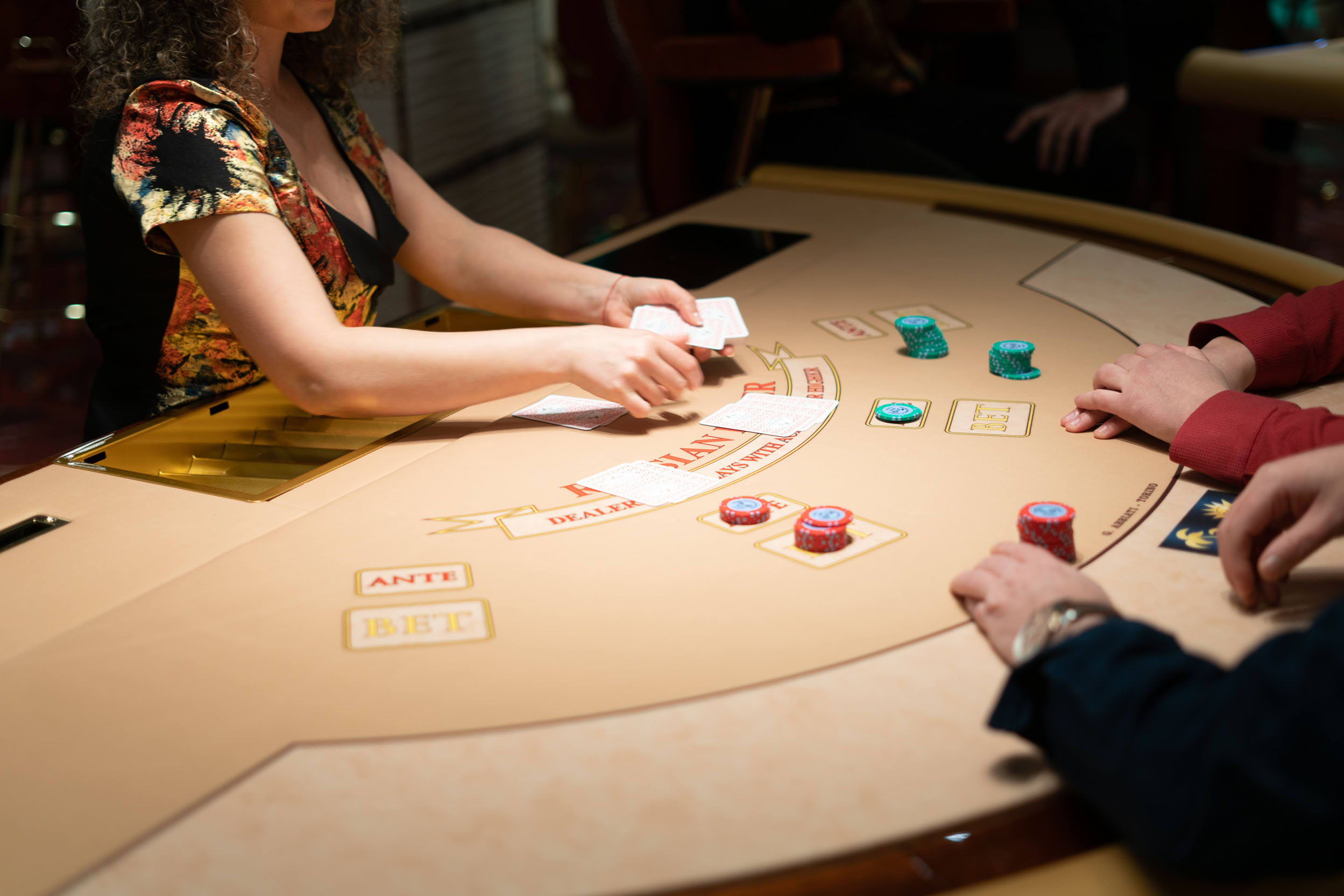 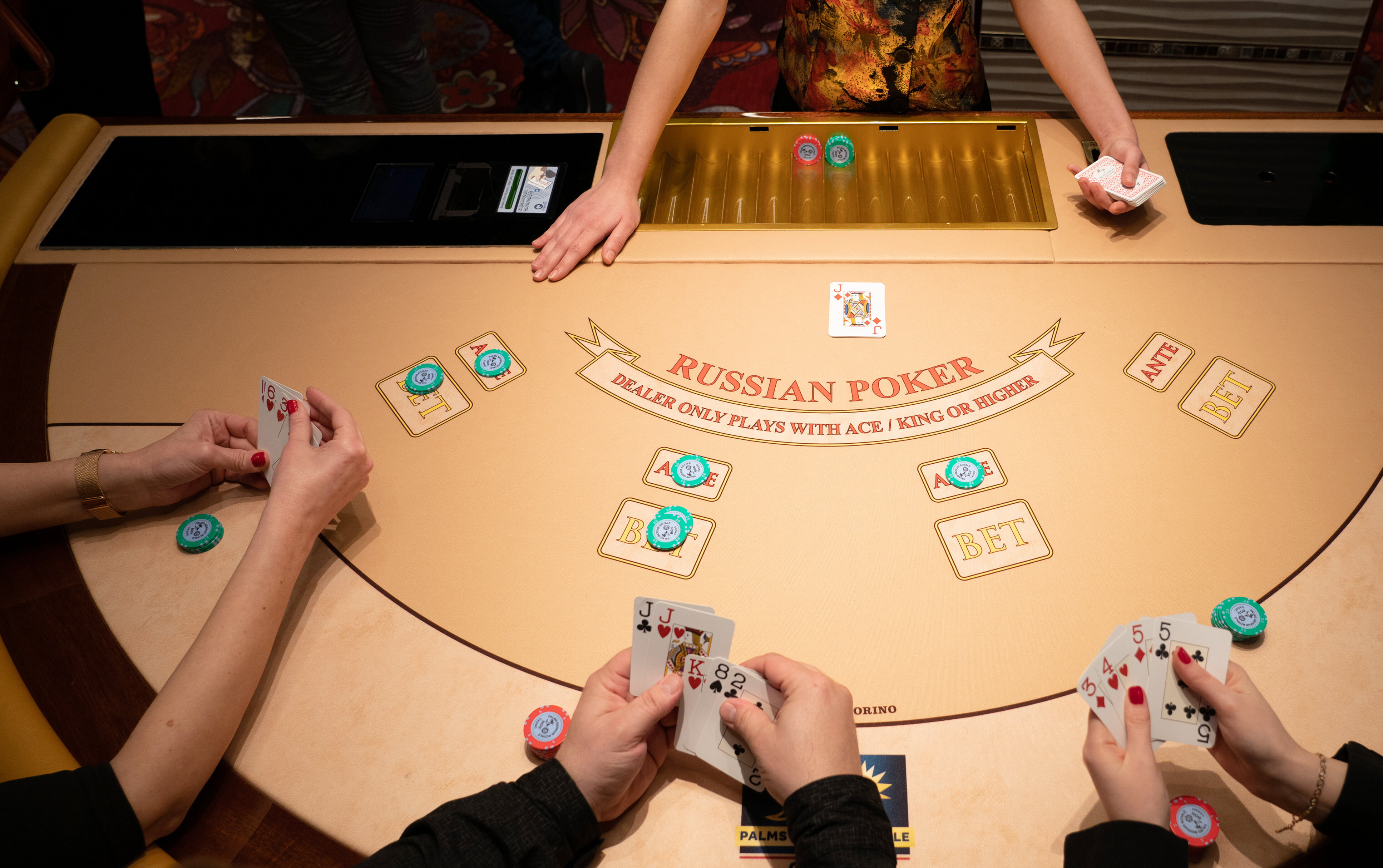 Russian Poker is an interesting game that is exciting to play. You have several decisions to consider during each hand, keeping you involved during play.

Your only goal in Russian Poker is to beat the dealer.

Russian Poker uses standard poker hands rankings, where the high card is the lowest possible hand, followed by one pair, two pair, three of a kind, etc., all the way up to a royal flush.

Each hand begins by placing an ante bet in the designated box. The dealer will deal five face-down cards to each player, and take five cards for themselves, leaving one of their cards exposed.

Up to this point, the game is quite similar to Caribbean Stud Poker, once you’ve received your initial set of cards, you have several options available, this is where these two games differ.

giving up your hand and the ante

if you’re happy with your hand, you can place the bet, which is twice the size the ante, and wait for the showdown

if you want, you can pay an amount equal to the value of the ante to buy an extra card. Once you receive the additional card, you’ll once again have the option to either bet or fold

if you want, you can discard up to five cards from your hand, and the dealer will give you five new cards. You’ll pay the amount of the ante for this exchange, and once you get new cards, you’ll once again have to decide whether to fold or bet. 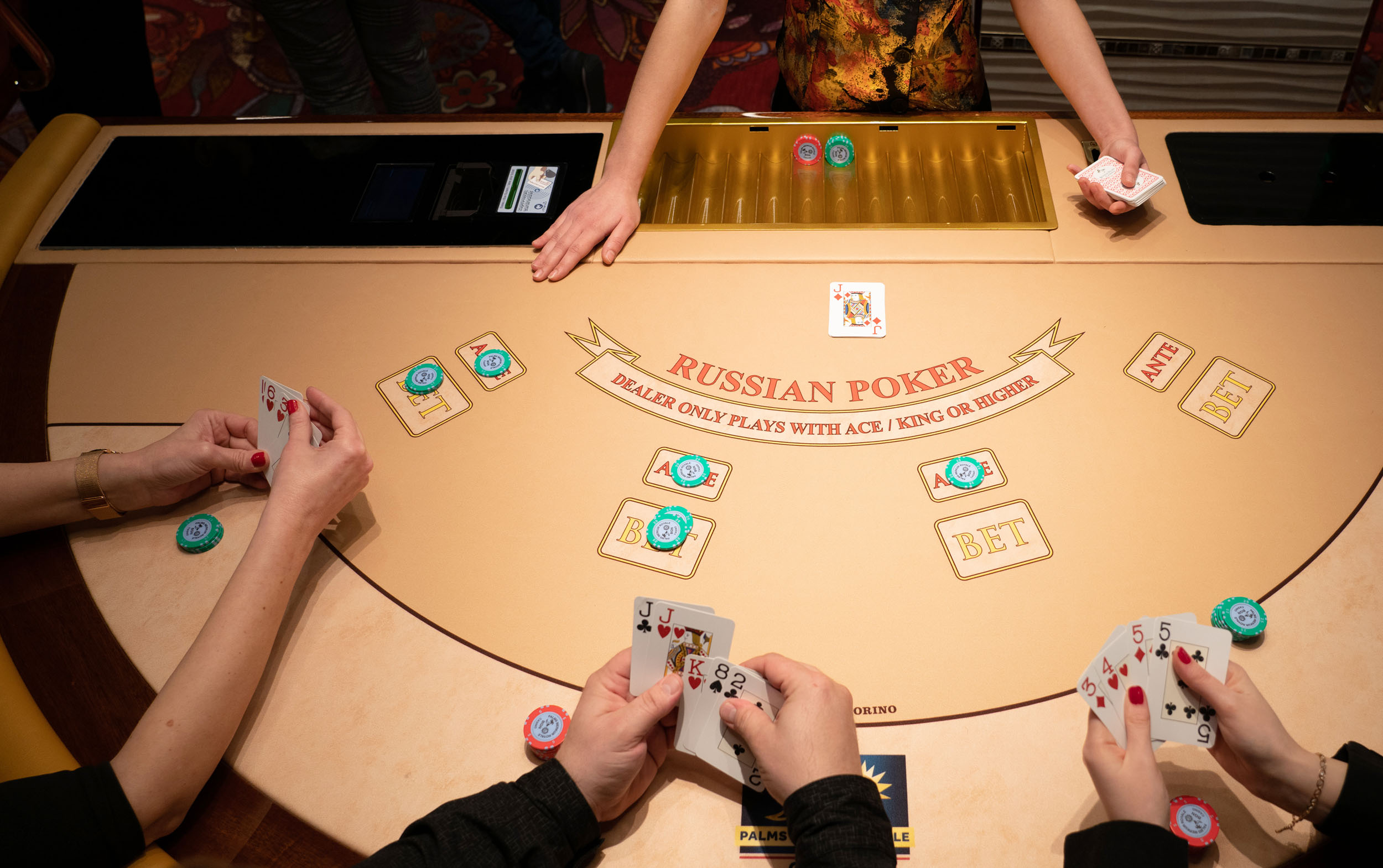 Once all bets are in, the dealer will turn over their hand. The first thing to consider is whether they have a qualifying hand, which is Ace King or better.

If the dealer doesn’t qualify, you’ll get paid 1 to 1 on your ante bet, but your play bets will be returned to you with no profit.

The only way to make sure you’ll get paid regardless is when you have a strong bet and buy the insurance every time you have trips or better. The minimum price of the insurance is the amount of the ante, and the maximum is half of the play amount. If the dealer makes a qualifying hand, the insurance amount is lost.

You have another option available to you if the dealer doesn’t qualify. For the price of the ante, you’ll be able to replace their highest card with a new card from the deck. If that new card gives them a qualifying hand, you’ll get paid according to the paytable, just as if they had qualified on the original draw.

If the dealer qualifies and they have a stronger hand than yours, you’ll lose all of your wagers. If they qualify and you’re the one with the stronger hand, payouts on your play bets are made according the payout table.

Getting Paid on Two Hands

Since Russian Poker gives you a chance to buy a sixth card, every now and again, you’ll end up with two made hands.

Although rare, this does happen every now and again, and when it does, you’ll be paid for both of your combinations separately. 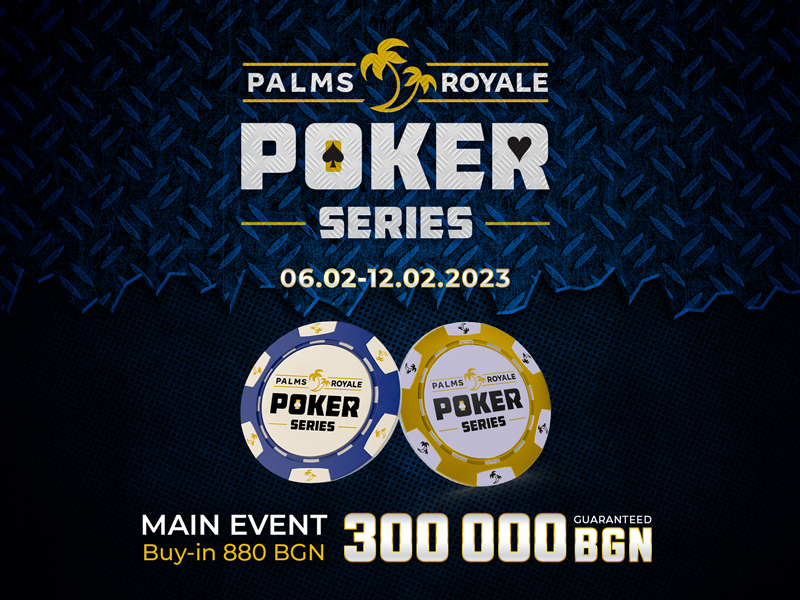 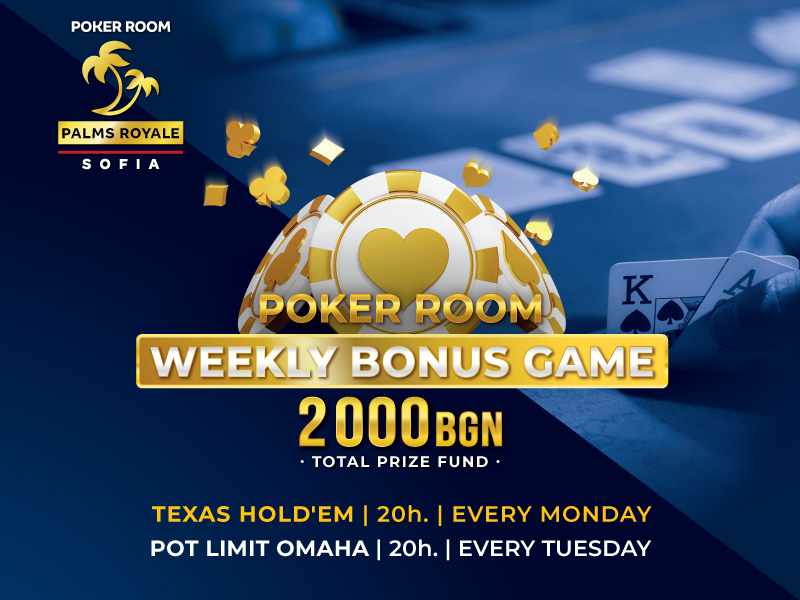 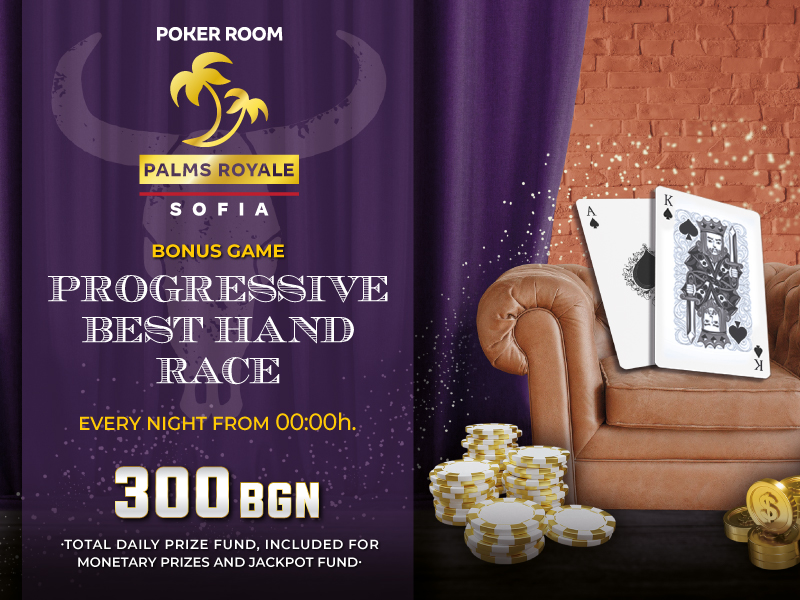